It is always hard to say good bye!
Advancing Justice-Atlanta Summer Internship has come to a close. "it's the Interns" series continue with our interns who worked behind and in front of the scene to Build Power for Good in the South and their thoughts on the Internship. 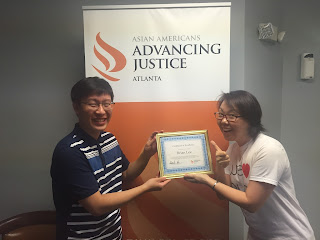 ·    What was your most memorable moment from the internship?

The most memorable moment from my internship was when I was given the opportunity to speak at the Pan Asian Action Network Meeting in front of a large group of community leaders about the advantages of receiving citizenship. While getting caught up in the moment and thinking of the upcoming election, I accidentally suggested that one could run for president if they were a citizen (which only applies if one is natural born). It served as a lesson in humility to prove that no matter how much experience I may have from debate or mock trial, I can still make obvious mistakes. (I also happened to be embarrassed.)

·    What was an eye-opening, unexpected experience, challenges, or knowledge gained from the internship?

As a person who tends to micromanage, I learned more about social dynamics within a nonprofit setting and teamwork in general. Being able to observe and work with everyone from Helen to other talented interns allowed me to better understand how trusting associates delegate and execute various tasks allows for a more efficient system of collaboration. Though fundamental, I think that my firsthand experience gave me a unique perspective into the process that I would not have been able to see had I chosen to work in larger corporate setting.

·    Why do you believe it is important to be involved in Civic Engagement?

I believe it is important to be involved in civic engagement because our lives can’t be isolated from our obligations. Almost everything that we do, from throwing our trash in the appropriate disposal container to posting about our thoughts on social media, are basic expressions of our political position. To guarantee the right to do these things requires that our positions are recognized by the people living around us, thus highlighting the significance of engagement.
Even when the issues don’t affect how we live our daily lives, we still have the altruistic obligation to help those that are marginalized or oppressed. It is unacceptable to allow transgressions to occur while we stand by

·    How do you hope to incorporate what you have learned this summer as you go forward?

Because I intend on pursuing a career in law and politics, much of the information that I learned will be applicable in my life; however, in the near future I feel that the practical skills utilized around the office will help me organize my schedule and workspace. Furthermore, I plan on staying involved in civic engagement campaigns with Advancing Justice going forward, so I hope to be of further service to the community with my newly developed skills.

·    What advice do you have for the future interns?

My advice for future interns is to keep an open mind and try not to let personal biases shape the learning experience that is provided by the internship. As an individual with strong stances on particular issues, I felt that this might have limited me from grasping all of the opportunities provided, but I think that knowing this going forward will guarantee a great experience for new interns.

·    What unique skill set did you developed from the internship?

Over the past three years, I’ve learned the entire process of canvassing starting from the door to data input in the Voter Activation Network, administrative skills involving Microsoft Office and event organization, as well as citizenship and voter registration procedures. Though it may not be a singular unique skill, I believe that these tasks helped me to develop my versatility, allowing me to redirect a few of my capabilities into a wider range of assignments.

· What was the best Asian dish you had throughout the internship?

It was a bit sweet, but I really enjoyed eating pad thai.

·    Why are you proud to work with the immigrant community?

The immigrant community is made up of the most hard-working, diligent, and entrepreneurial individuals who risk everything for family and a brighter future. I couldn’t be more proud to work with these people who value improving society over their own immediate needs and desires, and it is my honor to be a part of this group. 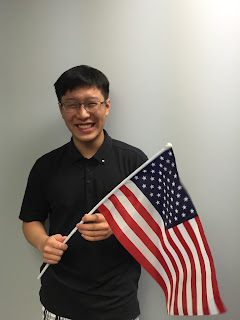 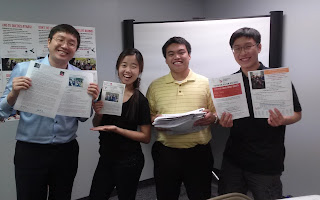 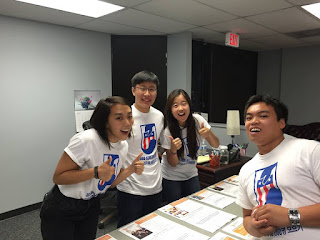 Posted by Unknown at 1:01 PM No comments:

Email ThisBlogThis!Share to TwitterShare to FacebookShare to Pinterest
Labels: It's the Interns

[It's the Interns] People can change, people can still make change, and political apathy can be broken

It is always hard to say good bye!
Advancing Justice-Atlanta Summer Internship has come to a close. "it's the Interns" series continue with our interns who worked behind and in front of the scene to Build Power for Good in the South and their thoughts on the Internship. 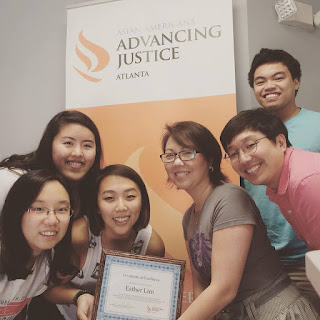 ·    What was your most memorable moment from the internship?

There wasn’t a single moment that stood out so much as there was a handful that made me more hopeful that positive change could and would eventually occur. My line of study can be disheartening when looking toward the future, so I most valued the moments in which I was given reason to believe that people can change, people can still make change, and political apathy can be broken.

·    What was an eye-opening, unexpected experience, challenges, or knowledge gained from the internship?

I’m a part of a generation of voters and political activists who have lost faith in the legitimate power of presidential elections and of other ‘democratic’ processes, so recognizing that my vote has such weight in non-presidential elections was empowering to say in the least. In addition, I had always believed that to affect change, I’d have to climb my way into the upper echelons of American politics, but working here over the summer, I realized positive change could occur much more easily than I’d assumed. It’s simply a matter of getting people to care, to participate, to vote, and ultimately, to understand how much power they actually have.

·    Why do you believe it is important to be involved in Civic Engagement?

I think it’s important for a whole host of reasons that vary depending on who you are and what goals you’re trying to achieve. For me personally, civic engagement was and is most important because it dissolves what I describe as my activists’ paralysis - the paralyzing fear or premature exhaustion that sets in when thinking about what needs to be done or changed. It allows me to recognize that, though we may not be bringing about immigration law reform or stomping out systemic racism as immediately as I would like, my community and I are taking necessary steps toward these end goals.

·    How do you hope to incorporate what you have learned this summer as you go forward?

I hope to use what I’ve learned this summer to beat off the negativity and sense of political nihilism that can sink in when circumstances seem bleak.

·    What advice do you have for the future interns?

If you intend to go into this field, use this internship as an opportunity to learn how you interact and deal with the work you’re doing, the people you work with, and the spaces you’re in. Working toward human equality can be emotionally and mentally tasking, so it’s good to figure out asap how you can cope.

·    What unique skill set did you developed from the internship?

The internship definitely helped me refine my graphic design skills as well as my legislative research & write up skills. Aside from that, however, I learned a lot about civic engagement - mainly how to plan and execute effective campaigns, programs, etc.

· What was the best Asian dish you had throughout the internship?

Perhaps not the best, but the most memorable and the most meaningful: Samosas, particularly those from Sri Krishna Vilas.

·    Why are you proud to work with the immigrant community?

Most simply, because it’s the community my family belongs to and it’s a community I’m proud to be part of. More specifically, because the immigrants I know and work with have fought harder to survive and thrive than most people I’ve known, despite seemingly endless social and legal obstacles. Being part of an immigrant community fueled and informed my passion for social equality and human rights. The better question would be: Why wouldn’t I be proud to work with the immigrant community? 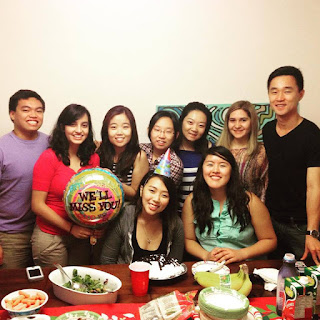 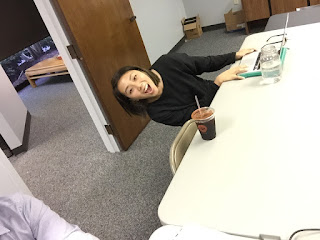 Posted by Unknown at 8:35 AM No comments: